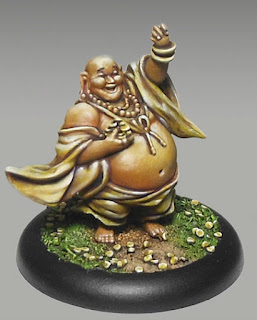 During this years Gothcon we held the second Golden kami. This was the second time Peder and I organized a Bushido tournament at Gothcon, last year we had ten participants. This time around we had 14 players (me included) and many new faces!

We decided to play four games, with these scenarios: 'the Messenger', 'the Idols', 'Botoku' and 'Omaju'. The theme cards had really made an impact this years as only one or two players didn't use any and Temples 'Righteous warriors' being very popular, all four temple was based on that theme. I also played with a theme, a less successful though, Yurei´s 'Death and decay'.

After four games we had a winner, Magnus! Thanks to all that attended and especially those that helped and brought along terrain.

Magnus was playing with this: 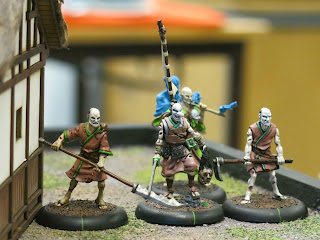 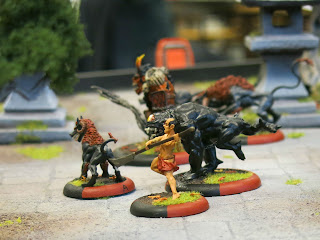 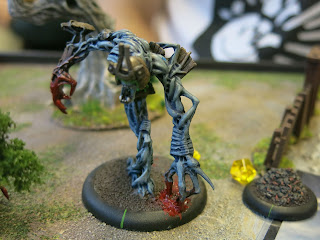 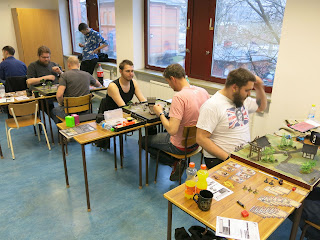 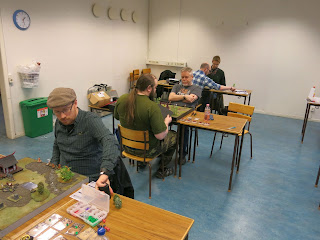 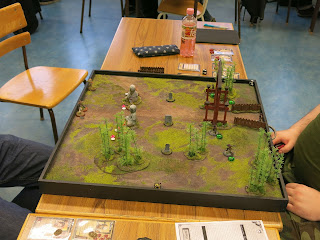 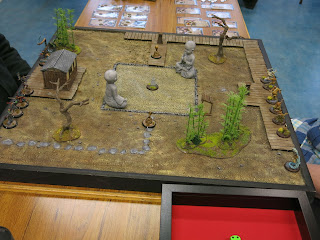 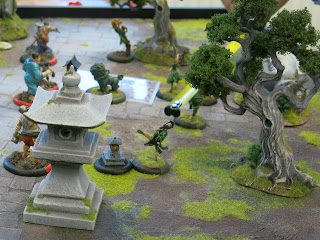 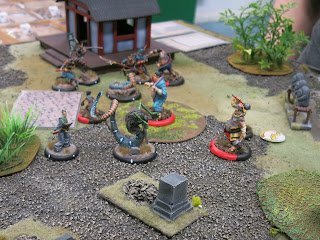 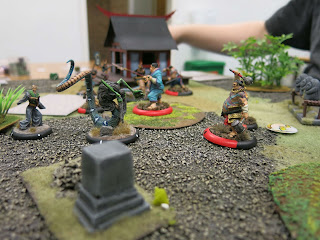 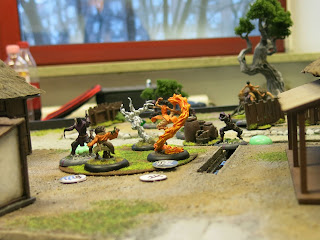 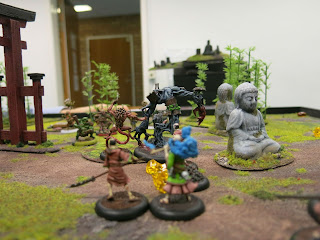 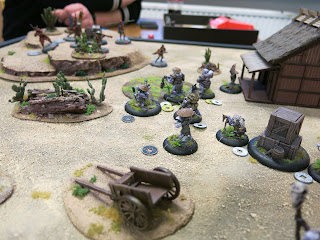 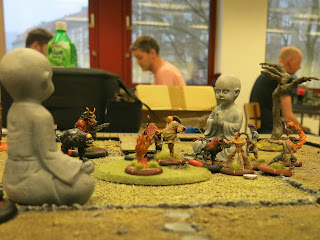 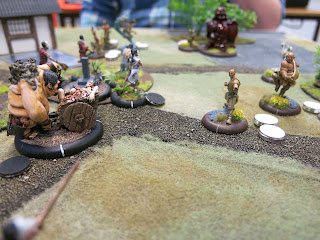 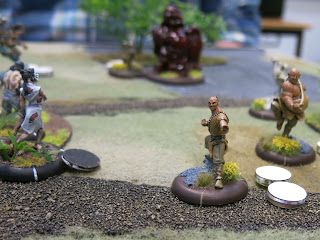 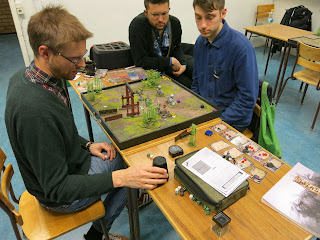 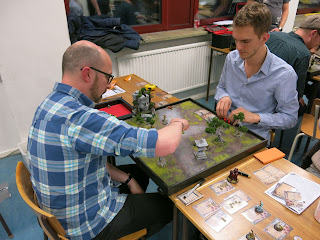 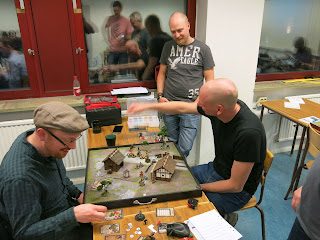